This still primitive dog breed was developed centuries ago in Tibet. Originally used as guard dogs for livestock and property, Tibetan Mastiffs can still be found performing that role, but they also enjoy life as a family companion and show dog.

See below for a complete list of Tibetan Mastiff characteristics! 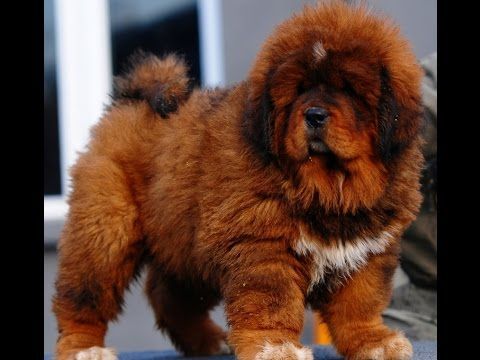 Never buy a Tibetan Mastiff from a puppy mill, a pet store, or a breeder who doesn’t provide health clearances or guarantees. Look for a reputable breeder who tests her breeding dogs to make sure they’re free of genetic diseases and of sound temperament.

The Tibetan Mastiff originated, where else, in Tibet. Like so many breeds, he has little documented history from before the late 19th century, but he’s believed to have been around for many centuries.

DNA evidence tells us that mastiff-type dogs originated in Tibet some 5,000 years ago, and the Tibetan Mastiff is no doubt a descendant of those dogs. They developed into two types: the Do-Khyi, who lived in villages or traveled with nomadic shepherds and functioned as flock guardians, and the larger Tsang-Khyi, which were often given to lamaseries, where they served as guardians for the Tibetan Buddhist monks, or lamas, who lived there. 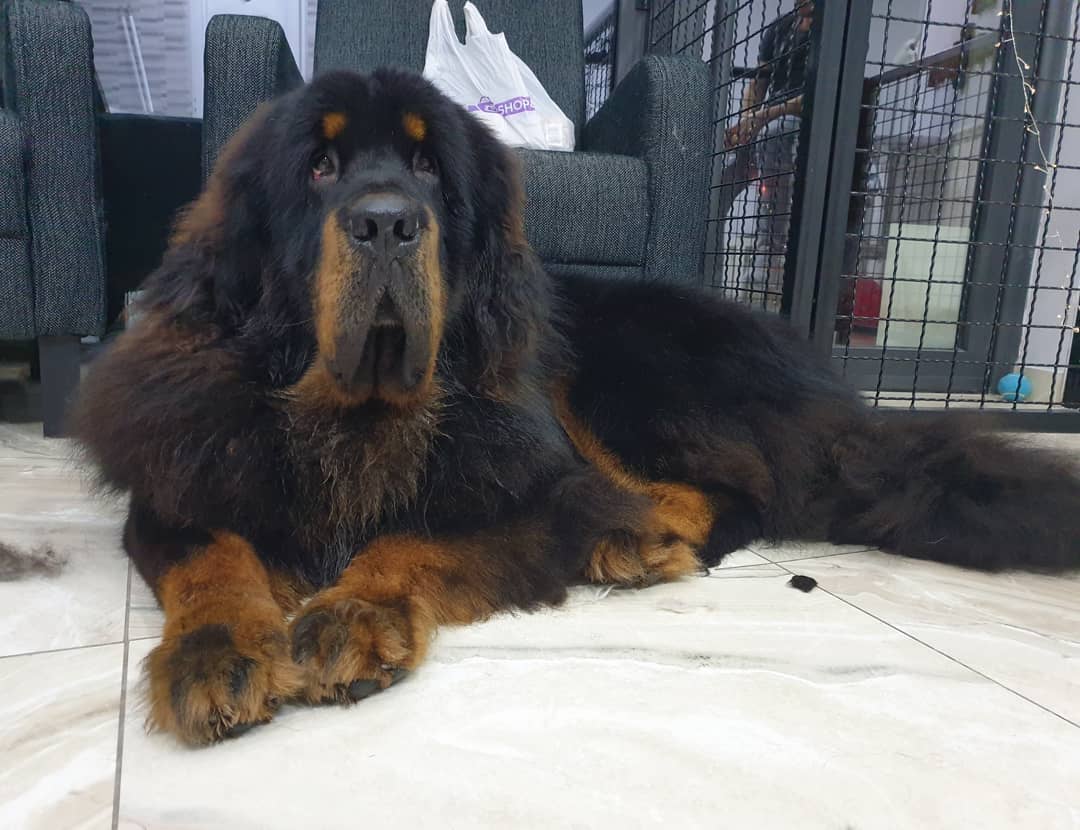 Little is known of the Tibetan Mastiff before 1800. In 1800, a Captain Samuel Turner mentioned the use of “huge dogs” in his memoir, An account of an Embassy to the Court of the Teshoo Lama in Tibet, but he gave no description of them.

In 1874, the Prince of Wales, who later became King Edward VII, imported two more Tibetan Mastiffs to England and they were shown in 1875 at the Alexandra Palace Show. Tibetan Mastiffs continued to be imported occasionally into England and Europe, and the first Tibetan Mastiff breed club was formed in 1931. World War II put an end to breeding, and it wasn’t until 1976 that English breeders began importing the dogs again.

The breed was only recently recognized by the American Kennel Club as a member of the Working Group in January 2007. Today, in Tibet, it’s difficult to find a purebred Tibetan Mastiff, but occasionally one can be found traveling with caravans and traders, and guarding livestock and homes. 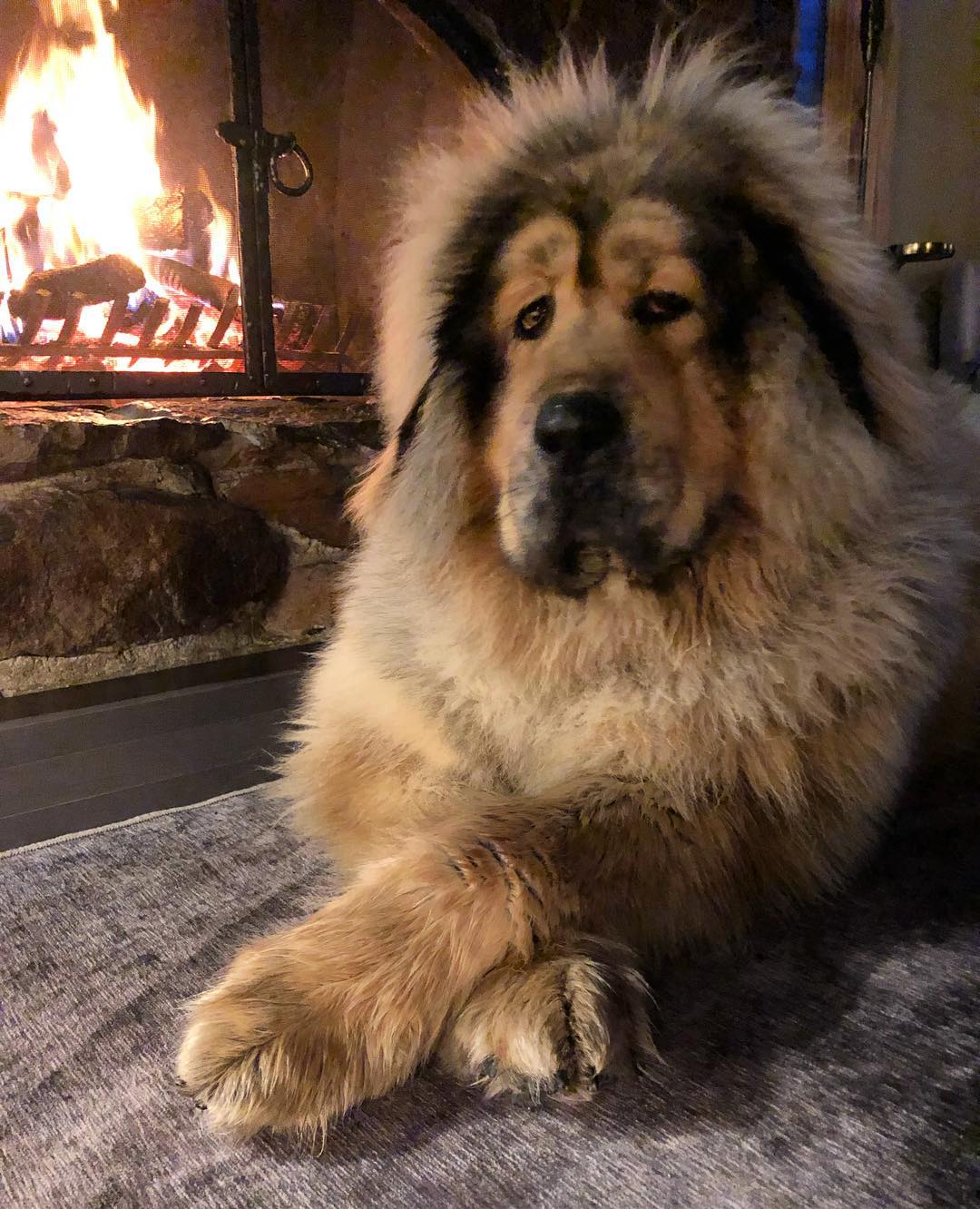 The word “challenging” is frequently applied to this independent, stubborn breed. He’s intelligent and has a strong sense of self, expecting to be treated as an equal, not as a pet.

He wants to please his people, but he also has his own agenda and must often be reminded of what he’s been asked to do. The Tibetan Mastiff is a loyal family guardian who takes his job seriously and is aloof or reserved toward strangers.

Early socialization that continues throughout his life will help prevent him from becoming territorially aggressive. Enrolling him in a puppy kindergarten class is a great start.

Inviting visitors over regularly, and taking him to busy parks, stores that allow dogs, and on leisurely strolls to meet neighbors will also help him polish his social skills. 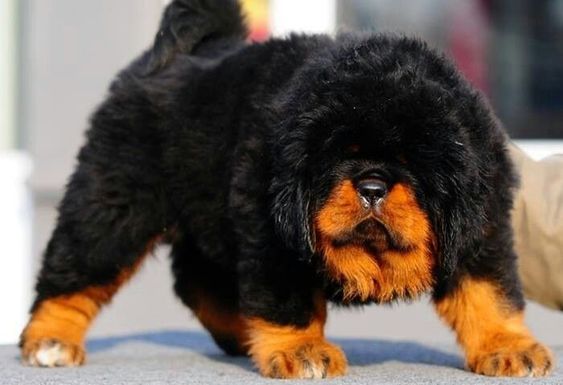 Tibetan Mastiffs are generally healthy, but like all breeds, they can be subject to certain health conditions. Not all TMs will get any or all of these diseases, but it’s important to be aware of them if you’re considering this breed.

If you’re buying a puppy, find a good breeder who will show you health clearances for both your puppy’s parents. Health clearances prove that a dog’s been tested for and cleared of a particular condition.In Tibetan Mastiffs, you should expect to see health clearances from the Orthopedic Foundation for Animals for hips, elbows, and thyroid.

Because some health problems don’t appear until a dog reaches full maturity, health clearances aren’t issued to dogs younger than two years old. Look for a breeder who doesn’t breed her dogs until they’re two or three years old. 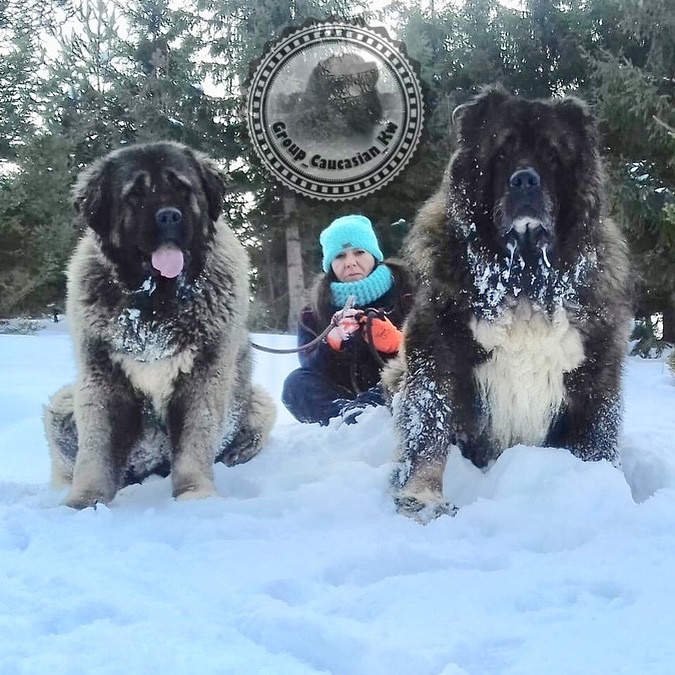 The Tibetan Mastiff is a companion dog who should live indoors, with access to a large, securely fenced yard where he can exercise. A small yard or dog run isn’t sufficient for his needs.

His heavy coat makes him unsuited to life in a hot, humid climate, although he can tolerate dry heat. During hot weather, he should always have access to shade and fresh water whenever he’s outdoors.

The Tibetan Mastiff’s exercise requirements can be satisfied with 20 to 30 minutes of play in the yard or a half-hour walk. He’ll enjoy having another dog to play with, preferably one who comes close to his size.

Tibetan Mastiff puppies grow more quickly than smaller breeds, but they aren’t physically mature until they’re more than a year old. To prevent orthopedic damage, limit exercise to free play in the yard, and avoid long walks until your puppy is a year old.

Begin training the day you bring your Tibetan Mastiff puppy home. They are intelligent and learn quickly, but their independent and stubborn nature means that strict and formal obedience training doesn’t bring the best results.

Be patient, firm, and consistent to develop the strongest bond with your Tibetan Mastiff. Always look for behaviors you can reward instead of punishing him for infractions.

Regular training practice and social interaction will help ensure that you live together happily. A bored or lonely Tibetan Mastiff is more destructive and noisy than you can imagine. 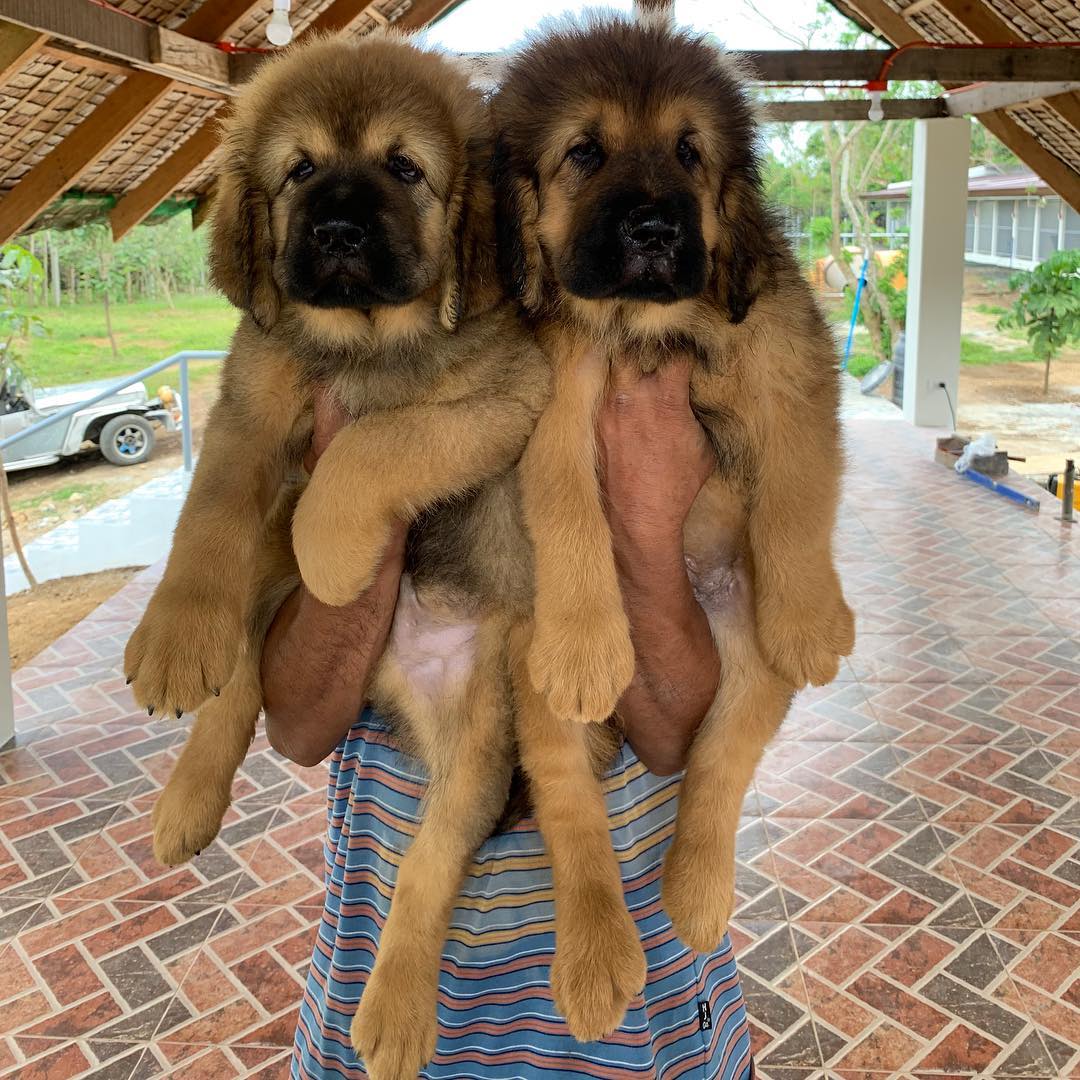 Housetraining comes easily to the Tibetan Mastiff. Crate training assists in this process and prevents your puppy from chewing on things he shouldn’t or otherwise getting into trouble when you aren’t around to supervise. A crate also gives him a safe haven where he can retreat when he’s feeling overwhelmed or tired. A crate should never be used as a punishment.

Leash training is also important, especially since your Tibetan Mastiff will eventually weigh up to 160 pounds or more and be able to pull you where he wants to go. Tibetan Mastiffs should never be walked off leash and having good leash manners is essential to both the state of your muscles and your happiness.

Socialization is a must for this breed. Not only can Tibetan Mastiffs be overly dominant toward other dogs, they tend to become overly protective of their home and family. Puppy socialization classes are a great start, but socialization shouldn’t end there.

Visit many different dog-friendly stores, parks, and events. Invite different people to your home on multiple occasions so your Tibetan Mastiff learns that others can come onto your property and his territory.

With the proper training, consistency, and socialization, your Tibetan Mastiff can be a wonderful family member who guards, protects, and loves you unconditionally. 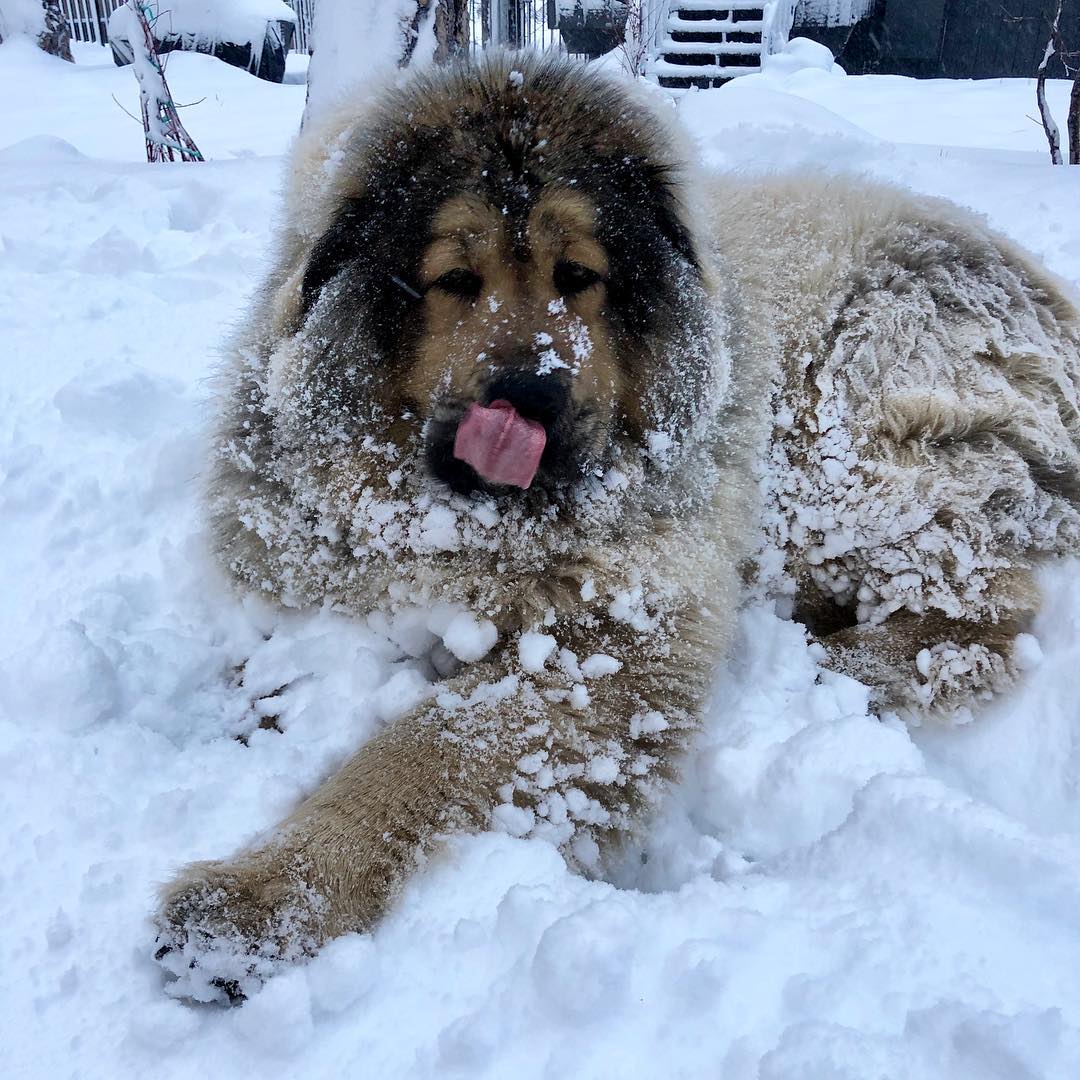 Recommended daily amount: 4 to 6 or more cups of a high-quality dog food daily, divided into two meals. To avoid gastric dilatation volvulus, also known as bloat, withhold food and water for at least an hour after vigorous exercise.

How much your adult dog eats depends on his size, age, build, metabolism, and activity level. Dogs are individuals, just like people, and they don’t all need the same amount of food. It almost goes without saying that a highly active dog will need more than a couch potato dog.

The quality of dog food you buy also makes a difference — the better the dog food, the further it will go toward nourishing your dog and the less of it you’ll need to shake into your dog’s bowl.

Keep your Tibetan Mastiff in good shape by measuring his food and feeding him twice a day rather than leaving food out all the time. If you’re unsure whether he’s overweight, give him the eye test and the hands-on test. 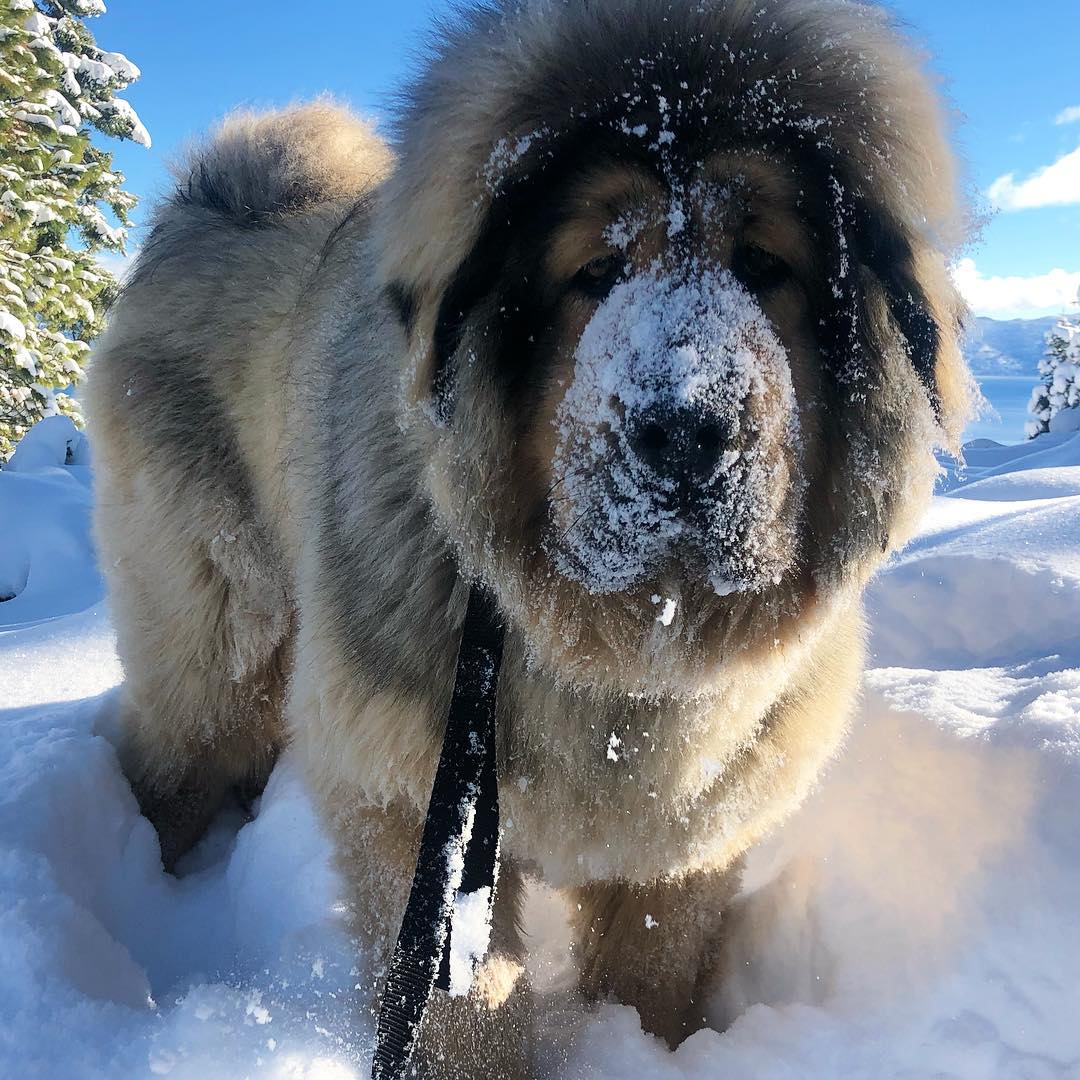 The Tibetan Mastiff has a double coat with a long, thick, coarse-textured topcoat and a heavy, soft, woolly undercoat. The undercoat is thinner during warmer months. The hair is hard and straight, never curly, wavy, or silky.

The coat comes in black, brown, gold, and blue, with or without tan markings above and around the eyes, on the side of the muzzle, on the throat, and on the lower part of the front forelegs, the inside of the rear legs, the breeches and the underside of the tail.

Some Tibetan Mastiffs have small white markings on the chest and feet but nowhere else on the body. The undercoat may be lighter shades of the dominant color or gray or tan on black and tan dogs. Tibetan Mastiffs with sable or brindle coats are faulted in the show ring, but their color doesn’t affect their ability to be a companion or guardian.

The Tibetan Mastiff sheds little and may or may not shed seasonally, depending on the climate in which he lives. Brush him one to three times a week with a wire slicker brush to remove dead or loose hair.

Be sure to check for tangles or mats in the mane, breeches, and tail, where the coat is heaviest. Bathe as needed. This breed has little odor, so he usually doesn’t require a bath more than once a month. 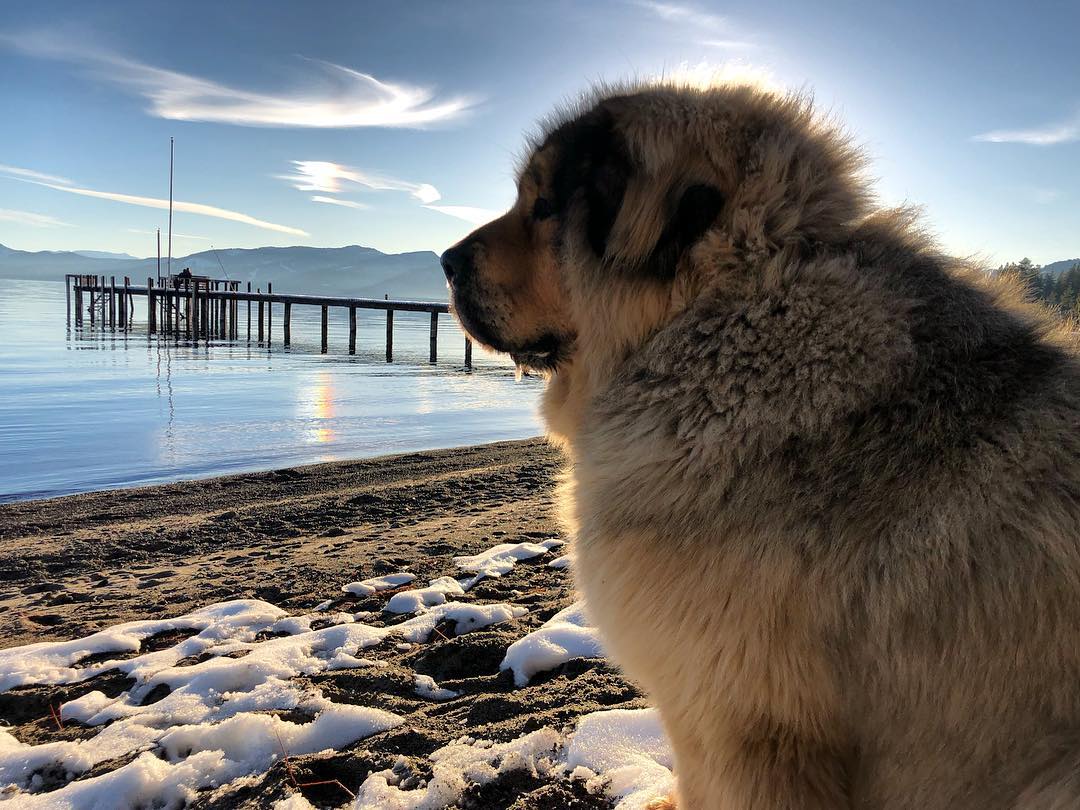 Other grooming needs include dental hygiene and nail care. Brush your Tibetan Mastiff’s teeth at least two or three times a week to remove tartar buildup and the accompanying bacteria. Daily is better.

Trim his nails once or twice a month, or as needed. If you can hear the nails clicking on the floor, they’re too long. Short nails keep the feet in good condition and don’t get caught in the carpet and tear. If the feet need to be tidied up with trimming, the best time to do it is when you are clipping the nails.

Check the ears weekly to make sure there’s no debris, redness, or inflammation. Clean the ears as needed with a cotton ball and a cleanser recommended by your dog’s breeder or your veterinarian. Wipe around the outer edge of the ear canal, and don’t stick the cotton ball any deeper than the first knuckle of your finger.

Begin getting your Tibetan Mastiff used to being brushed and examined when he’s a puppy. Handle his paws frequently — dogs are touchy about their feet — and look inside his mouth and ears.

Make grooming a positive experience filled with praise and rewards, and you’ll lay the groundwork for easy veterinary exams and other handling when he’s an adult. 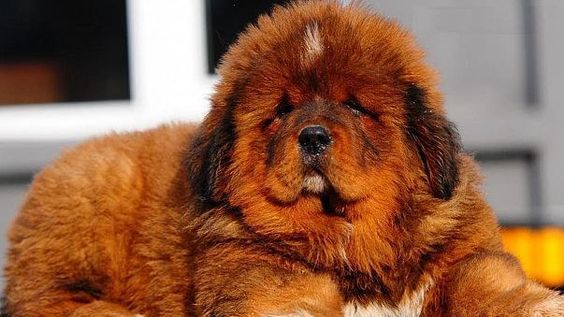 Children And Other Pets

The Tibetan Mastiff is suitable for families with older children, but he can be too large to safely spend much time around toddlers. He would never mean to hurt them, but he could easily knock them over or step on them.

Make it a rule that children are never to run and scream in a Tibetan Mastiff’s presence. The noise and activity can excite him, and he’s simply too big to be allowed to chase children or play roughly with them.

He may also feel the need to protect “his” children from other kids, especially if they’re wrestling or otherwise appear to be fighting. Always supervise play so that he knows you’re in charge.

Always teach children how to approach and touch dogs, and always supervise any interactions between dogs and young children to prevent any biting or ear or tail pulling on the part of either party.

Teach your child never to approach any dog while he’s sleeping or eating or to try to take the dog’s food away. No dog should ever be left unsupervised with a child.

Tibetan Mastiffs get along well with other dogs and cats when they’re raised with them. As adults, they may require more of an adjustment period before they welcome the advent of another dog. 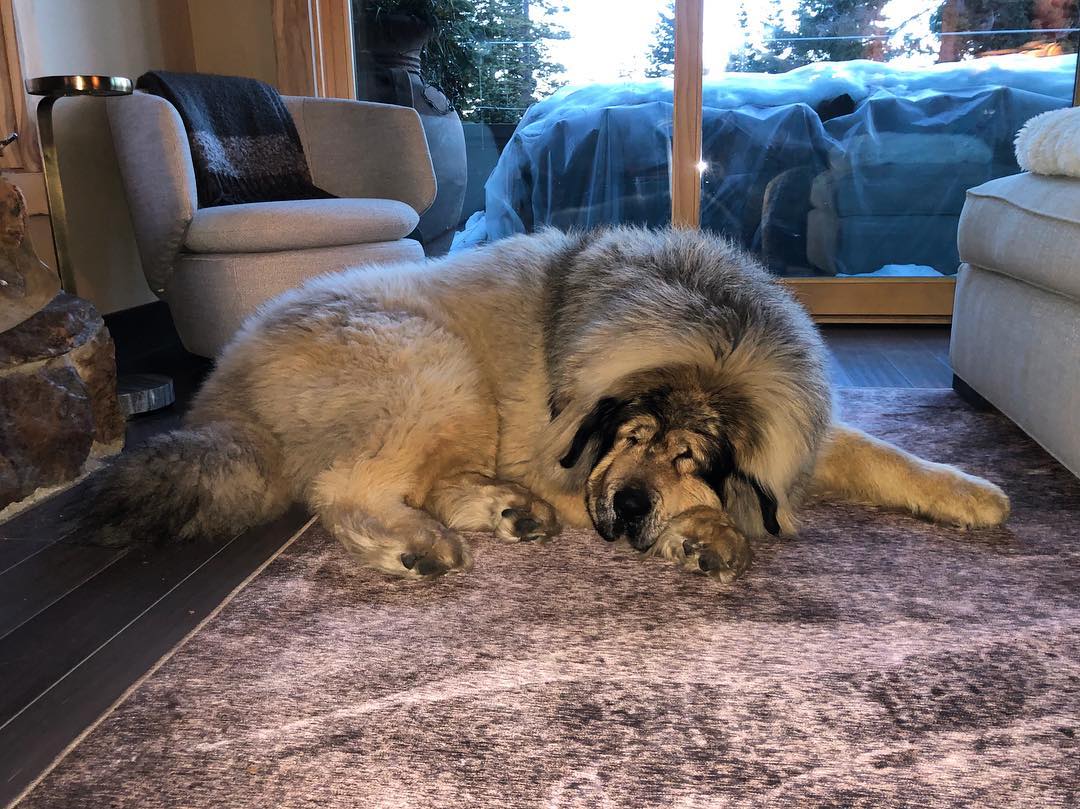 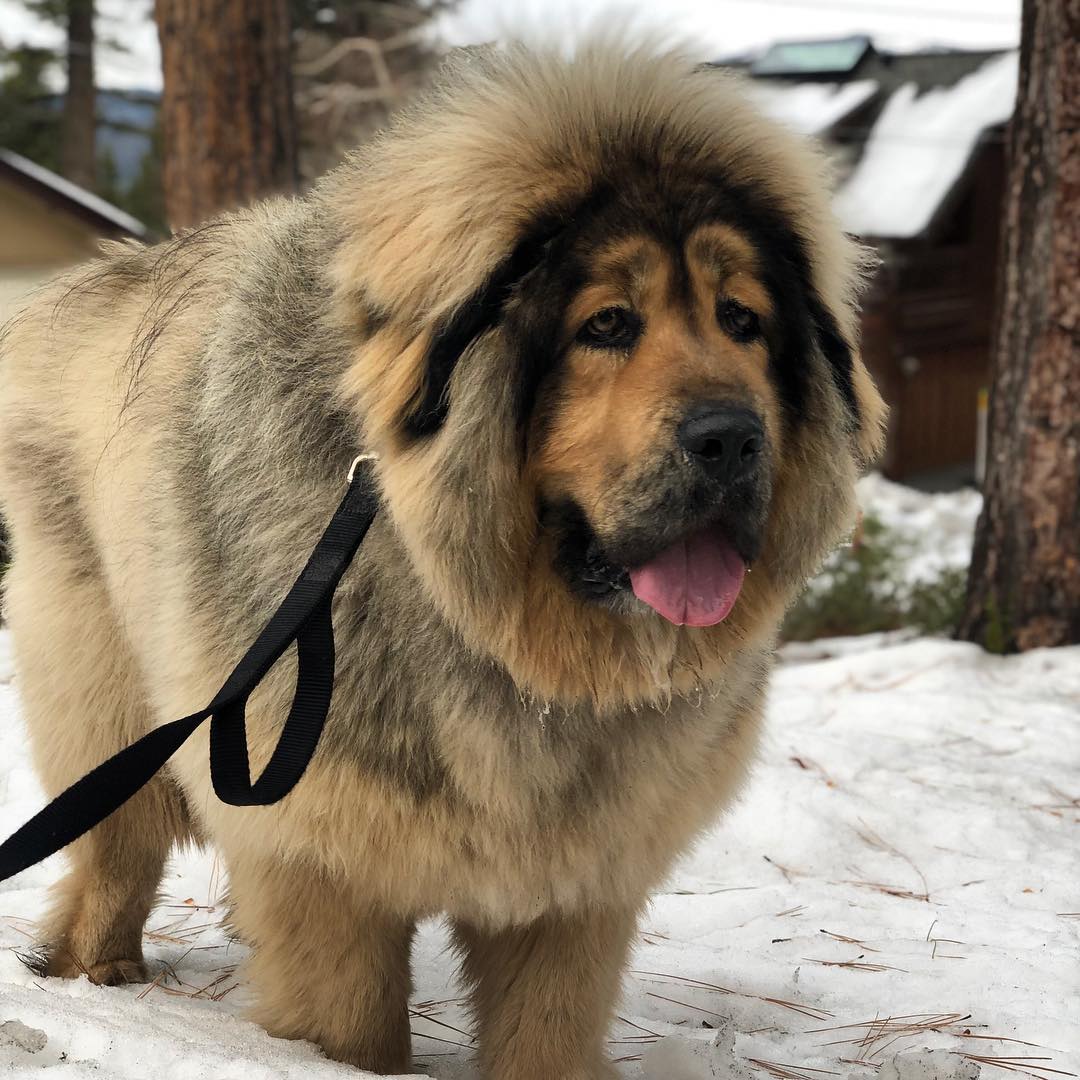 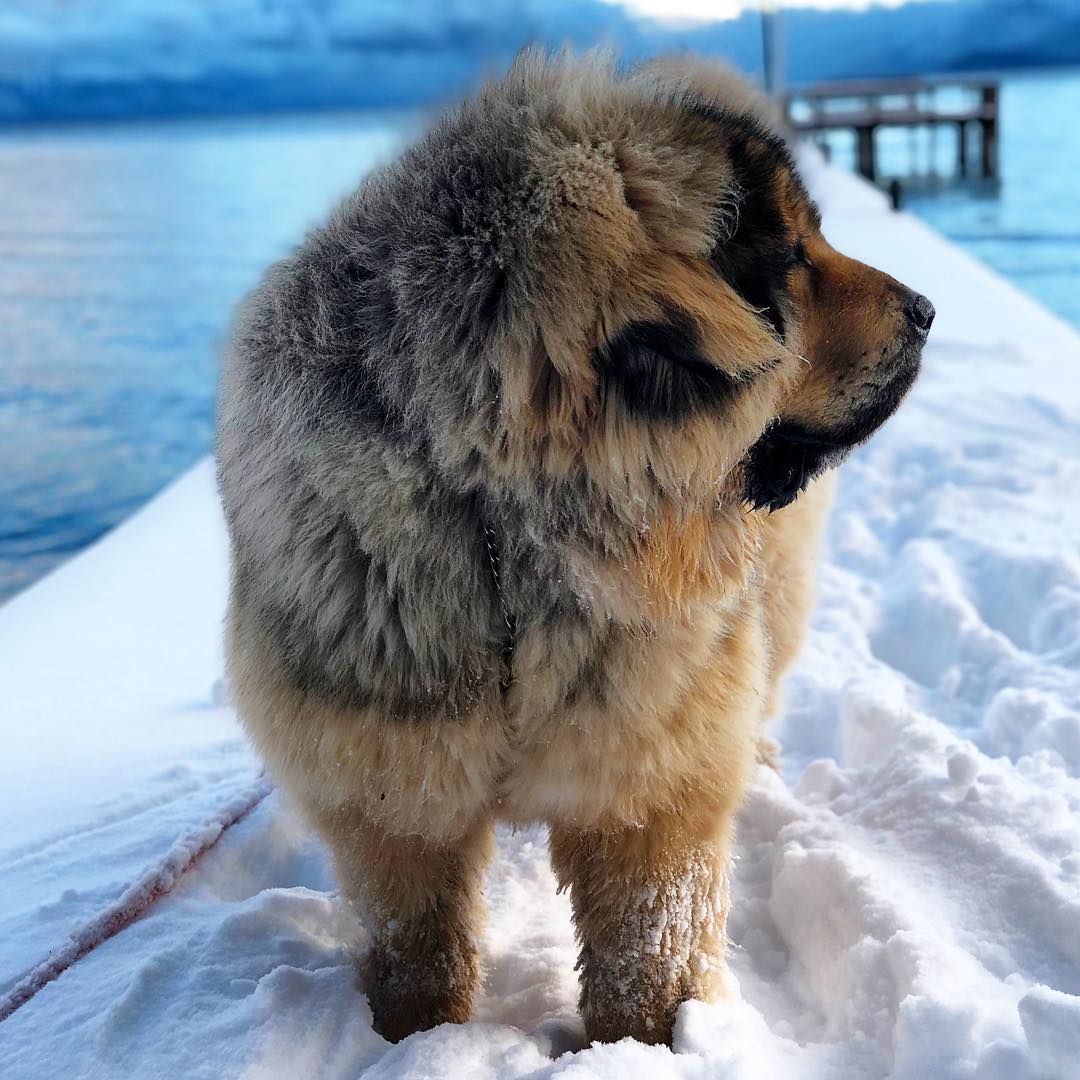 Terrified Cat Freed After Getting Head Trapped In Glass Jar —...